Communications management has seen rapid advances over the last few years. With the growing importance of digitalisation and social media, communicators now have available to them ever better, fact-based performance indicators. And the trend is not going to slow down. Here are my predictions of what the future holds.

We are already seeing a trend where communicators are no longer tracking single indicators such as the number of media hits or the reach figure. The credibility of equivalent advertising value is finally on the wane, as all the communications industry organisations are jointly proclaiming it an invalid solution. And they are right!

Instead, measuring tools will be created on a case-by-case basis, and their installation will take account of the organisation’s functional aims. It will be possible to combine communications indicators to establish measuring systems that are fact-based and clearly depict the overall situation. Examples are Retriever’s visibility score and Brand Building Effect.
Because communications involve the use of more data than ever, it will be possible, for example, to look for correlations between the results of a publicity analysis and the number of visitors to websites or sales.

For years, media monitoring providers have competed in terms of how many hundreds or thousands of sources they track. In an age when the media engage in information warfare, spreading fake news and propaganda, the communications professional also needs to assess the credibility of a source producing a media hit. The relevance of proper journalists and genuinely credible social media influencers to stakeholder impact will be greater than sources that are deemed suspect.
One very recent example of this dubious phenomenon is the Trump administration’s ‘Real News’ project, which seems to have taken its inspiration from North Korea’s media culture (ironically, given the foreign policy situation). Obviously, though, the ‘own media’ thing will do much to destroy the last vestiges of its creator’s credibility.

Media data collection from different measurement services is laborious and taxing. The various service providers also have different ways of presenting the same thing, and although the data should be the same, it is not. This is because media data are collected in different ways. The ideal situation would be for all data to be brought to the same platform, so that they are commensurate, and, for example, social and edited media could be processed in parallel. If the used data are not harmonised, they might not stand up to closer scrutiny by management and may strip the entire measuring system of its credibility. 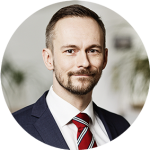 Mika has worked in media and business services his entire career. He has been involved in start-ups of the early 2000’s and later worked as head of communication services in STT for ten years before joining the Retriever team in 2016. He has founded the first pdf-based media monitoring service in Finland. He has also an AMEC certificate in media measurement.